Register a free account today to become a member! Once signed in, you'll be able to participate on this site by adding your own topics and posts, as well as connect with other members through your own private inbox! Be sure to "Get Whitelisted" to join the community on server! 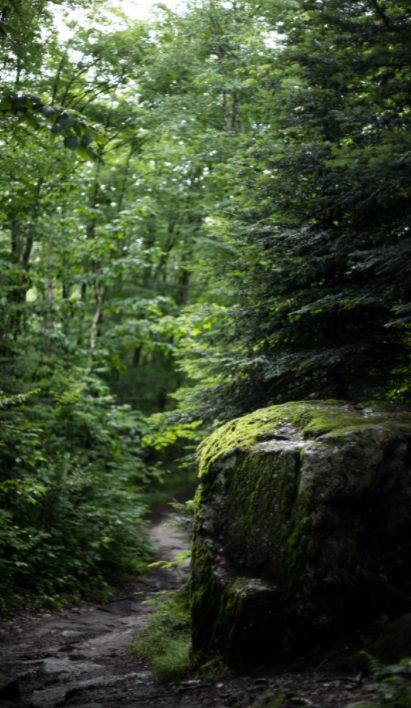 DETECTION
Divine: Theodra.
Tier: 1
Action: Prayer & Touch.
Cost: 2 SP
Duration: 30 minutes.
Spell: The blessed places their bare hand on the ground and utters a soft prayer, willing all footsteps and tracks made within the past 48 hours to reveal themselves in a 15 block radius. The prints will glow a soft silver hue to the blessed only, and any blood/hair/fur will glow similarly if it was left there in the same two day span. The glow will fade after the duration.
Times Cast: 0

NATURE'S ILLUMINATION
Divine: Theodra.
Tier: 1
Action: Prayer.
Cost: 2 SP
Duration: 30 minutes.
Spell: The caster utters a brief prayer and wills an area of 10b to be influenced by Theodra for a duration of time. Leaves float downwards of either green hues or those thematic to fall, dispersing within a minute of being on the ground. Silver feathers linger in the air above emitting a soft glow on par with the light of a candle. The caster and one other designated target, so long as they remain in the area, will have their minds unable to be tampered with by divine or arcane means for the duration (at DM discretion in events), given a sense of clarity and clear thoughts. This only applies to T1/Apprentice level spells, including calming ones.
Note: At each tier of the divine system, you may add one more target to be protected in this radius.
Times Cast: 0

NATURE’S DEN
Divine: Theodra.
Tier: 1
Action: Touch.
Cost: 1SP
Duration: 12 hours.
Spell: The blessed can will an area to become a more advanced and comfortable place to reside when out in the wilderness. Dense foliage moves up as a roof and draps down to the ground, forming a sort of tent of natural materials or even furs and leathers depending on what would be more of a camouflage in the area. In some cases it forms out of rock if that is the better material for its location. It is large enough to comfortably fit two people, and stays insulated enough to ward off the cold of an autumn night, but will require a fire for wintry settings.
Times Cast: 1

PIERCING STRIKE
Divine: Theodra.
Tier: 1
Action: Touch.
Cost: 1 SP
Duration: One day.
Spell: The blessed chooses a weapon or item of choice (sword, dagger, arrow, etc) and upon the spell taking hold, it gleams silver. This weapon will, upon its next use, pierce twice as deep if impacting flesh. Only one weapon or item may be imbued at any one time, and it must be something that can be held and considered a ‘weapon’ or ‘ammo’. The effect wears off after one day if it has not been used.
Times Cast: 0
PURIFY
Action: Prayer and the holding of a container of water.
Cost: 1SP
Duration: One day.
Spell: The caster blesses the equivalent to one cup’s worth of water and changes it’s qualities. It must remain in a container, and contact with said container must be held for at least ten seconds to fully turn its contents. The contents may be poured into another container but will turn back into water the next day. This cannot be stockpiled, for any liquid will revert back after the duration. The following can be made by any Blessed:

Holy Water: Undead, Vyres, Mages, and Heretics (those who worship something not of the Pantheon) are burnt by this water like it has the same properties of boiling water. It causes nasty burns, but these burns will heal over the span of three days and leave behind no markings, not can the burns become infected. If consumed by any individual not those it burns, it eases and heals: headaches, minor bruises, stomach upsets, scratches.
Lifeblood: This blood can be used to satisfy any Vyre as sustenance, tasting wonderful and lightening their mood. This blood does not burn anyone, not holding the same properties as Holy Water. A small circle made of this liquid has been known to ward away supernatural entities such as ghosts/wraiths for a limited time, as if the blood itself reminds them of the living. It can be smelt as normal blood would be, and may trigger Feral Vyres in the same manner.
Divine Oil: This oil cannot be used to harm another, but it becomes scented and ideal for the use of anointing in ceremonies. If the container is lit, it will burn for one day as a small fire with hues thematic to the specific divine (up to the player), though will extinguish if removed from the container and return to water.
Times Cast: 2


ILLUMINATE
Action: An uttering of; “Theodra, let them hear me.”
Cost: 1SP
Duration: Five minutes.
Spell: A halo of light forms behind the caster’s head, the colour thematic to their deity. For up to five minutes, those in RP chat range will be able to hear them clearly (providing they are not behind a wall or so on) and consider them paying attention to. They may instil a faint sense of Calm, Fear, or Courage within the audience.
Note: Should a higher tier blessed cast this spell in the same radius, it will over-ride the lower one.
Times Cast: 0

VISION
Action: Touch, or the offering of an item thematic to the divine (holy symbol, coin, bone, letter, etc).
Cost: 1SP
Duration: One minute.
Spell: By touching the target or offering an item, the caster wills the scene of something vaguely thematic to their divine in the mind of another, though it is not distracting enough to hinder them in combat or tense situations. With enough focus, the target can try to tune it out, but it cannot be entirely ignored. Can only be used on the same target once per day.
Times Cast: 0

DIVINE WORD
Action: The prayer of, “[Divine], carry my words.”
Cost: 1SP per rank.
Duration: Must be asked and answered in the same day.
Spell: The caster is able to send a word or sentence depending on the rank it is used, which become available as your rank higher in divine tier. It can travel any distance, and the target will hear it spoken in their mind with the voice of the caster. The caster must know their target in some manner, be it name, face, or alias, the spell will work based on intention for who it is for and cannot be accidentally sent to another. This is a universal language, heard and understood by each as clearly as their native tongue.
Rank I - T1
The caster can send one single word to their target. They cannot be given a word in response.
Times Cast: 16

FEAST OF THE GODS
Action: Prayer. They must keep their hands on the location on which to summon it for one minute.
Cost: 1-3SP
Duration: One hour.
Spell: The caster summons forth a platter of food that can feed up to three people. It can be cast upon an existing surface (table, for example), or the floor. Eating divine food will restore some energy, ease minor pain, and give a sense of warmth and comfort from the divine in question. Once the spell ends, everything flickers away.
This spell can be cast at 1SP per person, up to three.
Feast of the Hunt
Carved tableware of various wood types forms, with cups made of animal bone and utensils of pure silver. It sits upon a thin grey pelt. A modest meal, but a gamey one, with meats served using the same herbs found growing nearby. Refreshing water is served.
Times Cast: 0

BAPTISM
Action: Prayer, an offering to the divine, and touch.
Cost: 3SP
Duration: Permanent.
Spell: The caster offers something thematic to their divine (an animal, a corpse, golden goblet, sword, etc - It should be notable) and prays whilst marking a symbol upon an infant anywhere from newborn to three years old. This marking can be in water, ash, blood, etc. and does not denote where a marking (no bigger than an inch long/wide) will form. The marking location is at the choice of the parents OOC, and whilst most markings will be replaced by another, it is possible for a secondary mark to be present as a 'birthmark' only (in the cases of two parents of different faiths). Clarify with Divine staff if it is applicable.
Note: This can be cast on a pregnant mother instead, in which the child will be born with the marking already applied, automatically applying to both twins/triplets if applicable.
Mark of the Huntress
The offering disperses into a cloud of wild grasses and leaves that float about the area for a while before vanishing entirely. A mark appears upon them as a silver feather or arrow that shimmers slightly. Children who grow up with this mark may show traits of being a little explorative, climbing things more often than others of their age. Stray leaves often appear in their hair or clothes, with little explanation.
Times Cast: 0

They appear somewhat more defined, such as sharper facial structure or broader shoulders.
Wounds that do not require stitches can be licked or coated in some variety of herbal salve to heal them. The scars appear silver or they fade entirely, at the choice of the player.

+ Has begun praying every morning and evening, as well as before she eats.
+ Helped Thryss get a fox for spell time [Truesight]
+ Participated in a hunt for Aelyth and Aryn's wedding.
+ Helped Tylla with setting up the Praes Divina Theodra shrine, quietly offering a small bone pendant she made to the goddess.
+ Participated in a hunt with Leighton. She helped kill her first ever game, taking the bones of the doe to carve on, to offer to Theodra.
+ Offered a bone carving she made herself, shaped to look like a skull. It's made out of the bone of her first successful hunt.
+Came upon some children and Eimar fighting some Maulerkins. Wounded one and killed another (THAT WAS ON AVA'S LEG!!)
+Snuck behind the party fighting a 15 foot wendigo, and provided medical attention when they got very messed up.
+Attended the spider-hunting event in Queensport, and assisted in killing multiple giant spiders. (Then she got paralyzed. RIP.)
+ Attended the event Dusk, helped the others shoot down Miss Bird Lady. [x]
Last edited: Aug 15, 2021

Remember what was. For what is yet to be.