Register a free account today to become a member! Once signed in, you'll be able to participate on this site by adding your own topics and posts, as well as connect with other members through your own private inbox! Be sure to "Get Whitelisted" to join the community on server!

Bartooliinii
Patron
How about I make 1 thread for all the songs I post instead of making a new thread every time?
It's like an art thread, but then with songs...

Bruh, why haven't I thought of this before??

I find my inspiration returning to me while I'm on this break. It's doing me a lot of good.
I'm working on a song right now - which FizzyDrinks commissioned - and just came off a very nice video chat with Sallana. Wait, I mean... The girl who sang her voice for the song Maceo.
It'll be several weeks before this new song is finished but in the meantime I found some interesting old songs that I never put up on my main channel.

I had a separate channel for a while with only 17 subscribers. Turns out, one of the songs has taken off much more than the others (with over 2000 views!)
So I uploaded it to my main channel. It's the Dwarven WAR SONG that I made in Horgaahn on the beat of Tuvan Internationale.
What do you think?

A song on such a small channel getting such a relatively large amount of attention? Wow...
So it IS possible to have a large audience when I focus only on RP songs?!
It's like a little eye-opener. I don't need to make vlogs, meme-songs, or go-pro videos anymore. I'm going to focus my main channel on my main interest: medieval fantasy songs and be successful at it!
So I've rebranded the entire "Tavern Songs from Altera" thumbnails into a coherent and appealing whole and will here-on-out post all my videos in that format in the hope I can gather an RP songs audience on my channel. If you haven't subscribed yet, I would love to have you be a part of my journey on YouTube!

I uploaded that war song some 10 days ago. Now I went through that second channel again and found another song that I'd like to share.
It's a viking song and I uploaded it today. I've been obsessed with the whole viking theme recently, so I decided to upload it too. Here's Northald's Lament:

So with these two videos I'm gonna start off and will post again once I got something new to share.
I welcome all comments, though I would like to ask you to try and wrap any criticism in something that doesn't pierce straight through my wee heart.
I may be a big guy but I go bad when I get harsh criticism, though I do appreciate constructive criticism that makes me be better at what I do.

Well! Let's get this thread going

Bartooliinii
Patron
FizzyDrinks commissioned this song from me and I was happy to oblige. I enjoyed making and recording this song a lot, together with Sanne Carolyn (same voice as Sallana in Maceo), Rikke of the band Pyrolysis (a folk band, she also did violin on the album) and the mixer Barend!

The song is about Fizzy's character "Seeker", who has an inclination to the dark and evil side of life. Her story goes a little something like this, if I'm correct: She was made a vyre without her consent and went to seek out Ashna to find a cure. Ashna lead her to a water where she was submerged and where the Grey Lady would see everything about her. But this didn't cure her ailment nor satisfied her needs for knowledge. Curious about her own truth and wishing to become a stronger more confident self, she then offered herself up to Visage and forged a deal that would give her what she wanted, at the cost of being tied to this God in darkness until the end of her days...

Let me see and set me free.
Let me be here and free of doubt.
For I am lost and in this sea.
I wish only to be found.

I offer my body, my mind, my soul to the daaaark!

Bartooliinii
Patron
I made a song for Halloween

A personality is
staring right back at me and
clawing from under me.
I have no cover!

Idiosyncrasy
now has a hold of me.
Really hard not to scream,
I have discovered...

She’s calling from the grave, you see?
She’s warning! Everlasting She…

I cannot bear to see
her coming near to me.
It’s an analogy
I must uncover.

Masks of a different kind.
Halloween’s early this time.
Walking a thinning line.
Learn how to love her...

She’s calling from the grave, you see? She’s warning! Everlasting She…

There’s no more one more time.
Just treat her right this time.
She will survive our crime,
we won’t recover...

Bartooliinii
Patron
Big news today as Karliene reacted to my most recent song! For those of you who are unfamiliar, she's one of the front artists when it comes to our niche of fantasy songs, with over 230k subscribers. Next step: collab? Haha

Bartooliinii said:
Big news today as Karliene reacted to my most recent song! For those of you who are unfamiliar, she's one of the front artists when it comes to our niche of fantasy songs, with over 230k subscribers. Next step: collab? Haha
View attachment 116357
Click to expand...

Holy shit I love her, congratulations my guy

KARLIENE did reply when I reached out, but it was in my spam folder! By the looks of it we will be keeping in touch this year to hopefully collaborate in 2021 where I will feature in a song with her.

It's all still very uncertain, in the beginning fase and such, but it looks like I'm gonna have the amazing privilege of working with her! I'm SO stoked to work with someone whose music creates such fabulous imagery and narratives and who has inspired myself as well as I'm sure many others.

I'm so hyped!! I'll definitely give an update once it's taken a bit more shape, but as you can see the mutual intention to create something great is definitely present!
Last edited: Nov 6, 2020

Bartooliinii
Patron
News!
I've started a separate channel to put my covers and originals on which are not medieval-fantasy themed. This is a result of the rebranding of my main channel, where I'll continue to upload medieval-fantasy songs. Soon, my new channel will also host the latest album of Quint (my band), around Christmastime I'll upload the autumn/winter album I made with Sjoerd, and as time progresses I'll also put my album "Feathers" on the channel. I would like all of you who are interested to stay updated on my musical adventures to subscribe to this new channel 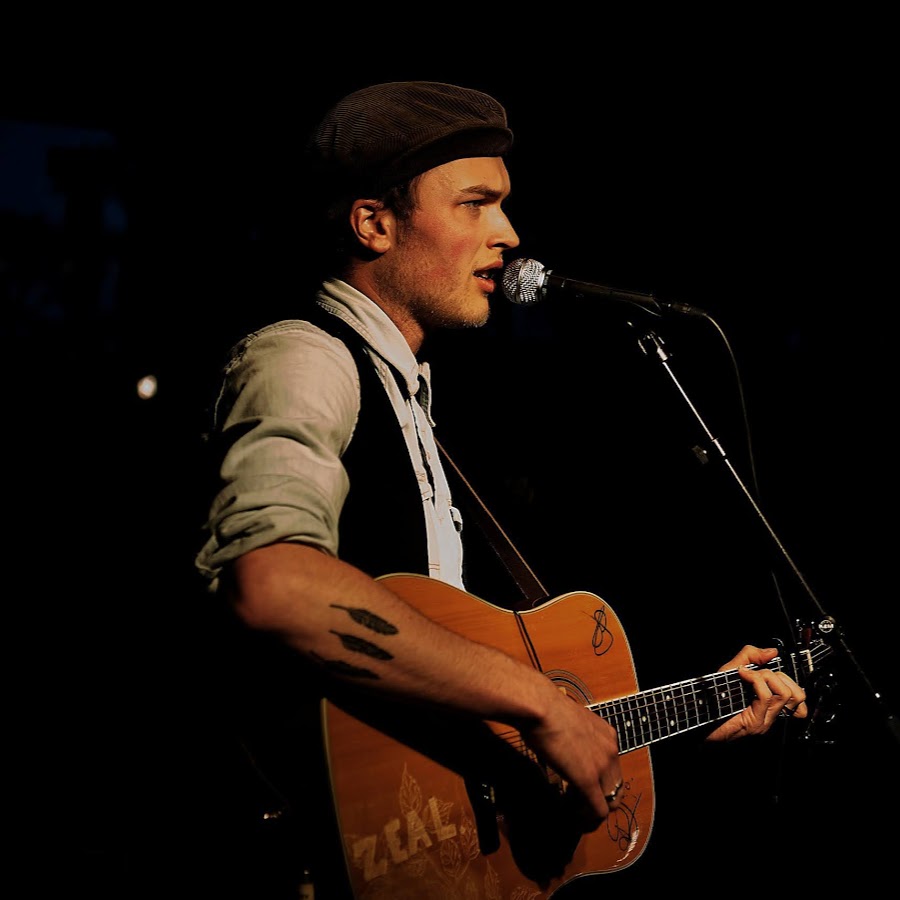 Hi! This is the channel of Bart Zeal, that's me, where I upload all my original songs and covers that are not medieval-fantasy themed. Have a look around. Th...

More News!
"My Mother Told Me" tribute to the Vikings series will be uploaded very soon on my main channel

Bartooliinii
Patron
Our latest album just aired a few minutes ago!! You can now listen to my band Quint performing "It's Been Long" on youtube!
7 songs we recorded in a week long session in Rotterdam. If you're curious, you can listen to all the tracks with the link below.
Subscribe to the channel to stay up to date with the latest song releases, because music inspires and energizes everyone's life!
And do share your thoughts about this album on the comments of the videos or here in the forums.
After all, the entire band would love to talk with you about our work!

Quint - It's Been Long

Bartooliinii
Patron
Hello!
I've got an Instagram page now and I would like you to follow it, because I will be posting stories and updates there more regularly than here. You will be able to look backstage and behind the screen for all my upcoming projects. You'll be the first to know when something is about to happen

Follow me now, because next weekend I'll already be showing you the behind-the-screens of the upcoming album "Autumn Queen!"

P.S.
Vikings tribute song will go live next Thursday if everything goes according to plan!


My mother told me
someday I would buy
galley with good oars,
sail to distant shores,
stand up on the prow,
noble barque I steer,
steady course for the haven,
hew many foe-men!
Hew many foe-men...

My mother told me
Someday I would glide
wind like the crow,
waves beneath my boat.
High above the clouds
Their voices I can hear
The Valkyrie await me
Hew many foe-men
Hew many foe-men...

My mother told me
Someday I would die
Valkyrie there, 'lo
Come to take me home
Valhalla's gates askew
See my friends anew
The Aesir be awaiting
Hew many foe-men
Hew many foe-men ...

Whitespoor
Your so frickin cool bart

Jase said:
Your so frickin cool bart
Click to expand...

Bartooliinii
Patron
My latest song, the longer version of "My Mother Told Me" has got over 1000 views in less than a week!
REASON FOR CELEBRATION!

And, next month, a new project of which I'll post a teaser next week

Squidziod
Keep at it, king.

Squidziod said:
Keep at it, king.
Click to expand...

I appreciate this a lot! Will do, cap!

That song is amazing

After the incredible joy I had and the consequential success of the recording of "My Mother Told Me", I've created a patreon page.
On patreon, you can help me achieve my dream and support my musical endeavors in a more consistent manner. It works like this: You can pledge a certain amount of money (€1,- and up) per video I bring out. Or in other words; you support me on my way to becoming a full time artist by donating for the product I create. I'm doing one video a month, so your donation will be a monthly thing. You can even set a cap on your donations, so you're entirely in charge of how much you send my way.

Not only that, you'll also get cool perks, like getting behind-the-scenes looks that only patrons can see, joining the private discord server for a chat, or having your name listed in the credits of each upcoming video you support me for.

If you like to join the community of my music I ask you to take a look on my Patreon page at https://www.patreon.com/bartzeal
Last edited: Yesterday at 9:58 AM

Cymic_ said:
That song is amazing
Click to expand...

I was hoping you'd find your way to it, knowing how much you like viking related stuff