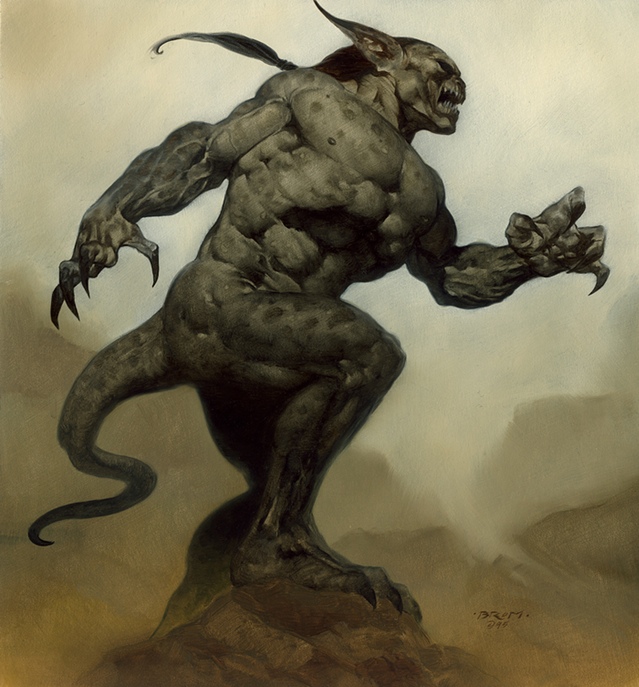 "Whatever it is they're looking for, let us hope we reach it before they do."

I'd like to set this in motion very slowly.

I've had a small amount of people ask about Melzar related subjects and his whereabouts. To accommodate them, I want to start setting in motion the possibility of finding wherever Melzar's body is located. IMPORTANT: Everyone who wants to find Melzar is obliged to take this route. This is going to take a long time, since Melzar's only been under for 3 OOC months, when the idea was to keep him away for about a year. Finding the place of his body does not mean the people who find it will bring him back. They can choose to just keep him there.

All in all, I want people to be able to find it and then do as they wish, but only after they've gone through some good effort. If you're interested in finding Melzar, then it's that effort you'll be signing up for.

I will not take the conventional method of hosting events for groups. This requires something a bit more delicate.

There are a vast array of motivations for different character about wanting to find, or keep hidden, the body of Melzar. I want to accommodate these different motivations and not put them all on a pile and host an event chain with a singular outcome. Also, I want it to be possible for someone to have found the body, while others are still looking for it. Like an extensive race against not just the clock, but also other players.

Nothing about this arc is set in stone, except for where you'll be able to find him. I'm going to allow everything to happen, as long as I am sure it's IC and not influenced by OOC or META. In your search, I may pitch you against people who have different motivations for finding Melzar. This arc is not just roaming the map, it's also finding clues, trying to persuade others to hand you clues without them realizing you're looking for Melzar too, using political influence, show of force and charisma, etc.

Initially, this is done alone, by your own character. However, you have the choice to allow me to team you up with others that have the same motivation for finding Melzar as your character does. It will start out with personal small 5 minutes DMs and gradually become larger with group-events. I'll try to give everyone equal chance to get a DM, but if you're significantly inactive, others might get more than you do.

The sign-up will happen in private. Try not to talk too much about it OOCly. I think a large part of the fun is not knowing who is looking for the body and not even knowing that characters you RP with daily might be looking for it for the same reason you are. As time goes on, I'll bring those who chose to team up in contact with each other through IC nudging. After all, it's best to keep such plans of finding Melzar a secret, in case that news reaches those with a very contrasting motivation! They might attempt to sabotage you, which I'll of course be able to accommodate!

Mechanics:
Stage One: The Rumors
You'll be getting small hints that may nudge your character to find their motivation of taking on the task of finding Melzar.
During this stage, you will slowly start to realize why it's a good idea to look for Melzar and will start planning how you'll go about it. This includes finding people with a similar motivation.

Stage Two: The Clues
You'll be presented different ways of gaining clues: From puzzles and codes, to bits of text, to interactions with characters who know more than you do.
During this phase, you piece together sparse information to get a hint of where to go looking for more information or even the lair itself.

Stage Three: The Search
You've gathered enough clues to go looking. You may initiate this stage yourself when you figure you know where to find him by PMing me.
During this bit, you'll be going on travels with me as DM. I will DM the weather, animals, etc. and allow you to see new hints to find the place.

Stage Four: Breaking and Entering
You've found where you think Melzar's body may be and will enter with me as DM.
If the place you found is not where Melzar is, you may still find a clue there and return to stage two and continue to the next stages again.
If this is the place he's at, this is your moment to try and reach the body. During this phase you'll prepare to go inside, and do so.

Stage Five: Fulfilling Destiny
This is where you choose what to do, now that you've found the beast Melzar.
During this stage, you have control over the place where Melzar is, if you're the first to find him, and you may let me know what happens if others find this place after you!

Mechanics within the stages:
Through-out the stages, you'll have the power to do whatever you wish! The possibilities end where your imagination does. If you come across a mercenary character that gives you a clue, why not also pay him something extra to attempt an assassination on your enemies? Perhaps someone you believe to be looking for Melzar for all the wrong reasons? These sort of things are encouraged and will be accommodated.

In the end, keep in mind that this will spread out over a long period of time. This is not something you can actively do for every day a week and then expect to find the body within 10 days. It's more of a background sort of thing that you can keep returning to whenever you like. Just hit me up in the conversation you'll make for your sign-up!

Sign Up:
Send me this in a forum-conversation, so I can keep track of who signed up and the others do not know you've signed up.

Character name: (Which character will interact with this arc?)
Character's Motivation: (to protect Melzar from others, to keep the body safe, to revive him, to move him, to become a vyre yourself, etc.)
Willingness to team up: (If some of you have the same motivation, would you like to team up or not?)


DISCLAIMER: If you stumbled upon the place already, I'm going to have to retcon it and say that it was covered under ice/sand/water/dirt/leaves/whatever, to give everyone a fair chance. It may be visible oocly, but the overarching idea was to have it be a mystery for a long time. If you do not agree with this decision, please contact me on discord and we'll talk about it. I hate it when things are retconned, so I can fully understand. We will talk!

Bartooliinii
Patron
Sign-ups are no longer possible, since it's now officially started. If you want in on the deal, you can join the people who've already signed up when both your motivations align. Rumors will now increase and in a week or maybe two we'll reach phase 2

Bartooliinii
Patron
Stage one is complete.
Those who will play a role in the Destiny of Melzar have been put into motion.
It is time for stage two...

Bartooliinii
Patron
Several have gotten past the first clue already. They await my DM for the next clue.

Bartooliinii
Patron
The very first have completed Stage Two.
The first actual tangible steps are made towards the Destiny of Melzar.
For some, it is time for stage three...
For some, the journey to his resting place has begun...